Hey hey, this lovely surprise turned up in the post recently.

Often when I think about the future, it’s about the loss of things. Whenever things change (for better or worse) some things are lost – attitudes and ways of thinking and living, as well as physical things that die or are destroyed or superseded. And the loss is only perceptible to those who’ve experienced the change; those who never knew it don’t really feel it as loss.

Now we’re facing a great period of extinction and the kind of losses that none of us have experienced before, so I wanted to write about how frustrating it would be to express that to those who come after.

Although I mainly wanted to write about how weird birds are. 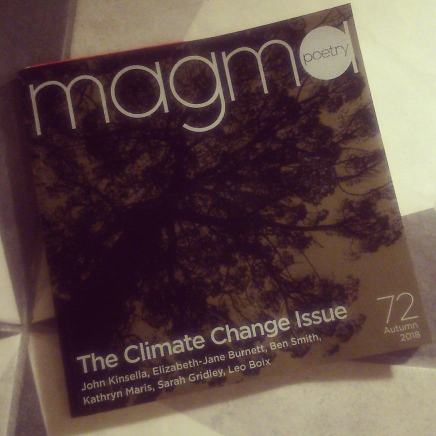 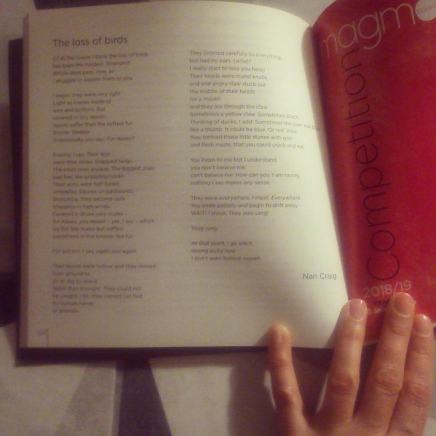 You can get a copy here (or in bookshops).
Posted on April 20, 2018April 20, 2018 Posted in fictionTagged #civilwarvintage, i don't have a secret life in military espionage i swear, Terraform, Vice

I do write ‘proper’ ‘realist’ fiction as well as stuff that’s set forwards in time, back in time, bouncing around in time, in a parallel universe, or in a universe that’s sort of wedged inside this one, totally embedded but still discernable.

Anyway, one of those, a completely realist non-fantastical piece of literary whatever, has sneaked its way onto a science fiction site.

it’s a bit weird that both the science fiction stories I’ve had published have involved soldiers. They’re the only things I’ve ever written with a military slant, so it’s a total coincidence (unless stories about the military are more likely to be accepted, which is… not impossible, I guess). But it’s not like I have a collection of stories about future armies coming out any time soon.

Also, Scrapmetal is really about economics, the military element is kind of a red-herring. And this one’s about social media/crowdsourcing. So ¯\_(ツ)_/¯

Posted on April 19, 2018April 20, 2018 Posted in uncategorisableTagged it's hot, no it's really hot, we literally just had snow 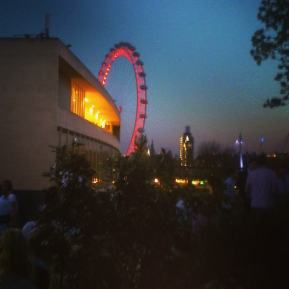 the city swinging wildly back and forth through time like a door half off its hinges, its denizens dazed and compliant, hanging on by their fingertips, downing g&ts and howling Make The Most Of It! into the night

SPRING WHAT SPRING WTF IS SPRING HERE HAVE SOME JULY

Posted on April 11, 2018April 20, 2018 Posted in uncategorisableTagged london time out of joint 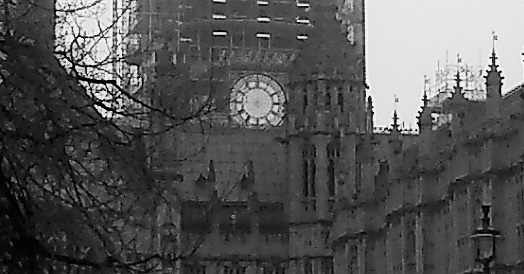 tfw when your local trickster god steals the hands off Big Ben, freezing time and trapping London in a parallel universe

no vampires, no werewolves, no magical creatures, only a very slippery kind of magic, faint and dangerous and about desire, a magic certain people have or know, have learned or have instinctively understood or stumbled upon. She is young, dissatisfied, she can’t get where she wants, she can’t have what she wants, she doesn’t know what she wants, the world is expensive, doors are locked. She begins to see or understand magic as a way through that, through chinks in walls. There are some who are out for money or fame, but that’s dangerous, that has to be paid for. The most powerful ones are the ones who are the most obscure, who wanted power and anonymity. Freedom, anonymity and autonomy are the great prizes.

Posted on January 6, 2016April 18, 2018 Posted in uncategorisableTagged things that come out of the ground

They pushed up through the soil as we watched.

I got my phone out and started to point it. He put one hand on my wrist.

Don’t touch though, he said.

I don’t like the label ‘dystopia’. And there’s a lot of it going around. I can’t decide if people are writing more of them, or if publishers and readers are labelling them that way because it’s an easy tag. Probably it is true that people are writing more fiction that looks critically at different kinds of societies, which is a good thing, I think.  It’s probably also related to the way genres are bleeding into each other, as the boundaries of realism vs. non-realism (let alone SF vs. Literary) break down a bit. This is good. None of those rules should exist for writers, anyway.

It does still annoy me if someone suggests I’ve written one, though. Mainly because I think what we commonly think of as ‘dystopia’ – an awful situation in which terrible, bad things happen basically to everyone – doesn’t really exist. Wikipedia thinks that a dystopia is “a community or society that is in some important way undesirable or frightening”, which is pretty uncontroversial, but what comes to mind is 1984 or The Hunger Games or Never Let Me Go. Total fascism; children forced to kill each other for fun; clones harvested for organs. Not to mention how often ‘dystopian’ is used to mean ‘post-apocalyptic’.

My problem with the idea of dystopia is that every dystopia depends on whose perspective you see it from. And once you agree with that, you have to admit that there is no society which is not ‘in some important way undesirable or frightening’, to someone. For that reason, the only difference between a dystopia and every other book is that a dystopian story is actually looking for those cracks. In fact if you decide to write a book about society or that contains any political perspective, it is inevitably going to address the problems. This is because the problems are where the drama comes from.

If you turn that on its head, it’s worth remembering that every dystopia serves someone. It has to, otherwise it’s just a random, meaningless vision of hell that has no bearing on the real world at all. In the real world, horrific unjust situations continue because they suit someone. They serve someone’s purpose – generally someone with more power than the person being hurt. But it’s vital to remember that from those comfortable people’s perspective, life is good. The world is fine. Yes, something bad might be going on somewhere, but if so it’s a necessary evil.

We also call it a dystopia when everyone seems to be happy, but we as readers (sometimes through an outside character) get to see that the people of that society have in the process of gaining contentment lost something important and human. The obvious example is Brave New World, but another great one is the short story The People of Sand and Slag by Paolo Bacigalupi. The people in that world have gained a great deal but, from our perspective, become monsters. The best thing about the story is that they’re happy. It’s a horror story to us, but it’s just life to them. This is always how science fiction should be, because people are judged by the standards of their time.

You can write dystopic fiction either from the point of view of the people who are being damaged by that society, or alternatively from the perspective of the lucky ones. If you write it from the perspective of the lucky ones, then you’re obliged to show the cracks in the facade, the dark recesses under the riches or the contentment. Even if you only hint at them very vaguely, your smart readers  will be looking for the catch. Of course they are. Fiction needs drama, and what’s the point of writing about a fictional society if you don’t show up its contradictions and inconsistencies and injustice?

The reason I don’t like the word ‘dystopia’ is that I worry that if we can call anything futuristic that points out the cracks in a society a ‘dystopia’, then we’re missing the point. We live in a dystopia.

In fact, if you apply Wikipedia’s definition of ‘dystopia’ to fiction that isn’t commonly bracketed as SF, you notice that anything with political concerns, or concerns about societies, is eligible for the label. What a Carve Up! by Jonathan Coe. Five-Star Billionaire by Tash Aw. Most of Dickens. In the end, ‘dystopia’ is only the label we use for any non-contemporary-realist fiction that addresses political concerns.* It’s a pity. It’s simplifying, it’s narcotising, and it pretends that the world we’re in is not as bad as the worlds we depict. I don’t think anyone should write a dystopia – instead, write a book where enough people are happy or well off for the system to survive. Then go ahead and show all the nastiness under it. And don’t call it a dystopia. Be honest and call it politics. Or call it life.

*I’m leaving utopia for another time.

Back in June Charlie convinced me that I should come and do a set at his brainchild comedy/philosophy night, Stand Up Philosophy. Seeing as I’m neither a philosopher nor a comedian I don’t really know what he was thinking, but I like saying yes to things I’ve never done before (seriously, try me). We agreed that I’d come and do it at a night themed ‘Time and Memory’.

I volunteered for that topic because I’ve just written a novel in which – I naively thought – the main themes were time and, yep, memory. Unsurprisingly, as the day got closer I realised that there was really very little in the book about time itself – or even very much about the technical processes of memory – and I wasn’t exactly qualified to give a talk about the philosophy of it. So I fudged things slightly and talked about the way our memories and the narratives we construct around our lives and our relationships affect us.

At some point I’d still like to write a blog based on some of these thoughts, but in the meantime here’s the video of me giving the only public talk I’ve ever done outside of a drunken bridesmaid speech (complete with question-heckles):

My new story, Scrapmetal, is out now in issue 1.3 of Arc magazine, alongside excellent stories from Tim Maughan and Lavie Tidhar. Limited Edition by Tim Maughan is particularly brilliant – augmented reality, riotgaming and consumer culture.

I was also interviewed about Scrapmetal here by Brian David Johnson for Intel’s Tomorrow Project, which is a partner to Arc.

The story was illustrated *perfectly* by Simon Pemberton, whose portfolio is here.

You can see the art itself here and here. It’s great.